IA, IA, visited Cthulhu Last weekend was PAX South. Hadn't been to one before, and I caught wind of several of my friends planning to attend, so I decided, what hey, it's San Antonio, that's a cheap trip; why not go?

The convention was all right, though if I'd gone solo I probably wouldn't have been particularly impressed - the game rooms were predictably packed, the panels were not things I'm usually interested in, and a good chunk of the indy games in the exhibit hall were... way too indy (in the bad way). I did see a Marble Madness-inspired game I'm looking forward to, though.

Fortunately, friends made it a good time, especially as I hadn't seen several of them in many years. StarCreator put on a heck of a show at the Tetris Attack tournament, and I managed to boggle Konoha and Cthulhu by drinking a margarita the size of my head (and that is not a small size; I don't call this place the Ego's Nest because of my modest nature!) Didn't end up grabbing much swag, but I did find one thing that had been on my "hey, get this sometime" list - a copy of IA/VT Colorful for the Vita. 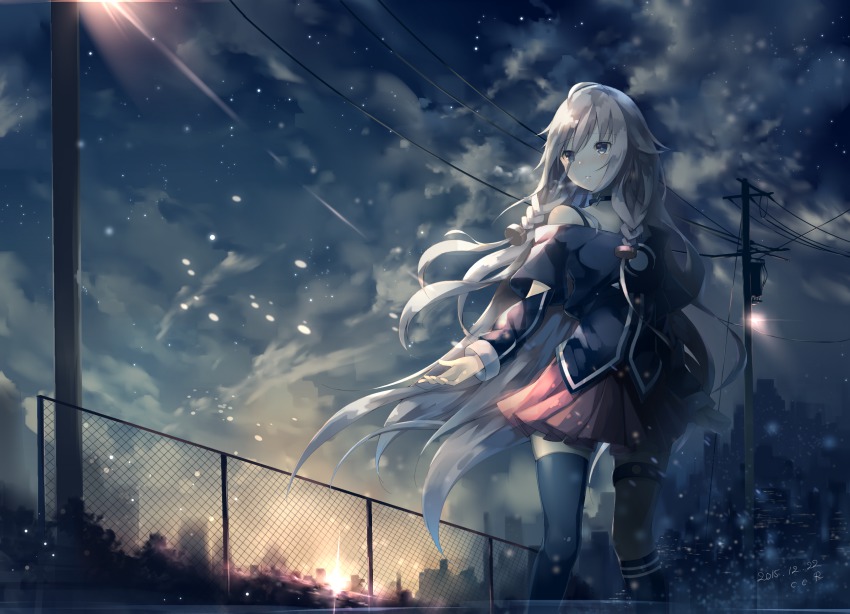 I don't normally buy games in languages I'm illiterate in, for the obvious reasons, but since this is a rhythm game, it's not really an issue. I'm having a good bit of fun with it, but from a technical perspective, it's just not as good as the Project Diva games. Every song in those games features a full CG background with at least one character model you can set as various costumes, and "keep playing to earn points to unlock the costumes" is the hook in that series. IA/VT has some costumes, but they're only visible in about a quarter of the songs - the rest have static videos, some of which ain't particularly impressive.

The scoring system is interesting. The Project Diva games say "you got X score, you get Y points, have fun spending them". IA/VT uses the points only to level up the player, and then songs and costumes unlock based on that level. Play the song again, and get a better score? You get the delta between "points you'd already banked" and "points you've now earned" - and if you don't get a better score, you get no benefit at all. A serious "git gud" scoring paradigm, with the only other source of points being a daily challenge (that you get a -single- attempt at).

This could get frustrating really fast if you were new to rhythm games and got fairly terrible scores. If you're an experienced player of rhythm games, you'll be scoring A, S, double S, and even triple S and have nothin' to worry about - I'm about 2/3 of the way through the unlocks and have not even played all the songs yet. (And there are 60, plus some DLC which you need a Japanese PSN account to get, so I'll live with 60.) This is mostly because of the strike zone for the notes, which is -huge- (with "cool", "fine", and "safe" results all preserving your combo). On easy difficulty you can miss a note, realize you've missed it, go back and hit the correct button and still get credit.

The song selection is all right, given that it's all IA songs; there's some in there I've listened to and enjoyed, but there's less variety than in the Miku games. Good enough to make the game worth it but not so good that I'd shout it from the rooftops or anything. Still, if you already worked your way through Project Diva F and F2, and you're waiting for X in a few months, this will fill up that time nicely.